As a young lad, I would doodle on random scraps of paper in class. Later on, I became more and more obsessed with drawing. It just seemed so perfect to my developing preteen mind; it was an opportunity to make something from nothing, pure creation. There were no limitations except those in my own mind, so anything I could see in my head I could try to recreate on paper.

Before long I was spending my allowance on pencils and sketch pads, and my free time laying graphite on paper in a constant act of expressed creativity. In those years, my family didn’t have a hell of a lot, and the realization that by utilizing some creativity I could create something from almost nothing was transformative to how I viewed the world. It made me place an inherent value on the creative will present in all objects. Everything around us in our modern world was once just a thought, and it became a physical thing only through deliberate creation. I’ve always had a fascination with machinery and mechanical design, and now I see as much creative grace in the cogs of a playground carousel as in a beautifully choreographed ballet. Call it unromantic, but to me it all seems to boil down to a willful celebration of being human. We have the ability, and sometimes compulsion, to bring order to chaos, to arrange and control wild elements to achieve our goals, and the product is a representation of the mind behind it.

This is where it started for me, you may notice that any dates on these are around 1997-1998 or thereabouts. That’s because when I turned 14, I worked for my dad’s roofing company for a summer, bought my first electric guitar, and that’s been my creative passion ever since. I still draw every once in a great while to see if I can still make the lead go where I want, but for the most part this is a chapter in my life that ran its course long ago. The aspects of my character that it triggered, though, are some of the most deeply rooted beliefs I have.

So here is where that journey began. 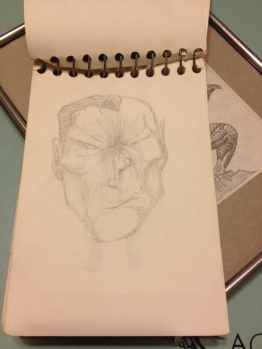 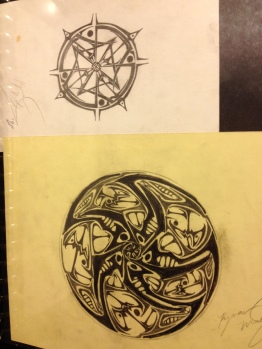 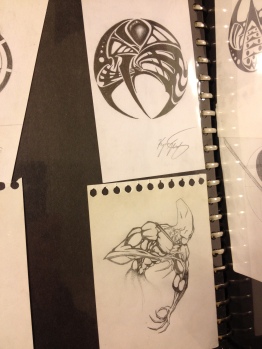 May you all find something that you can pour yourself into!

4 thoughts on “Closet Treasures: A Time Capsule From 13 Year Old Me”